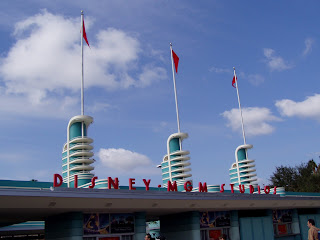 When we last visited Walt Disney World in 2004, this park was named Disney MGM Studios. Now it’s called Disney’s Hollywood Studios. Although the name might have changed, I’m quite sure that it will be just as fun for our family when we visit again later this summer.

We’ve been saving for 5 years to return and we intend to do it even better than we did the first time around. We stayed off-site last time in Kissimmee and rented a car to get to and from two of the four parks (Epcot & MGM). We had a kitchen in the off-site accommodations and I packed a suitcase full of food, all thanks to my rather restrictive gluten-free diet. We spent way too much time in traffic in Orlando getting to and from the parks, not to mention the parking fees and trying to remember where we parked the car in the literal sea of cars after a long day at a park. Still, we had the time of our lives!

For our return, we’ll be staying at one of the moderate-priced resorts; we really wanted to stay at the Animal Kingdom Lodge, but just couldn’t swing it financially. We’re going all-hog and getting the park hopper that will allow us to visit all 4 of the parks – Magic Kingdom, Epcot, Animal Kingdom and the newly named Disney’s Hollywood Studios. We also got tickets to the water parks (Blizzard Beach and Typhoon Lagoon). The best thing of all is the Disney Dining Plan that we’ve added to our package! For a celiac, this will be a dream come true, all by itself!

So, even with the name change of Disney’s MGM Studios, we know that we’ll have a good time, just as we did five years ago. Most times, change is a good thing!

Links to the World

Light of Day – About Us

Welcome to my blog!  In addition to my ramblings, I also host a Facebook page called Gluten-Free Dining & Food in Southwest Virginia and Assorted Travel Locations.

This page was created for food and dining reviews primarily in the Southwest area of Virginia I have also included some dining reviews for places that we’ve traveled to. Most of the restaurants that I review are not dedicated gluten free environments. There is a risk in eating out at a restaurant. Only you can decide if it is worth the risk, given your own circumstances.